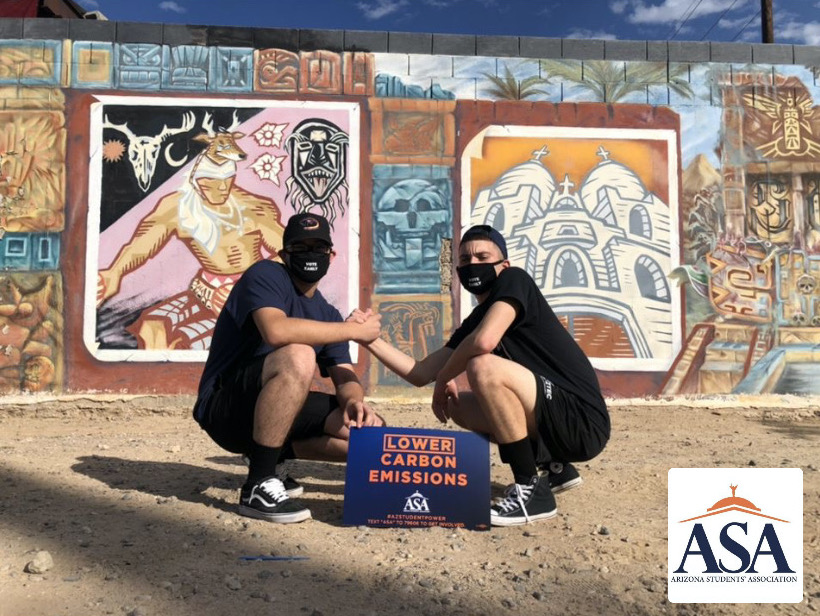 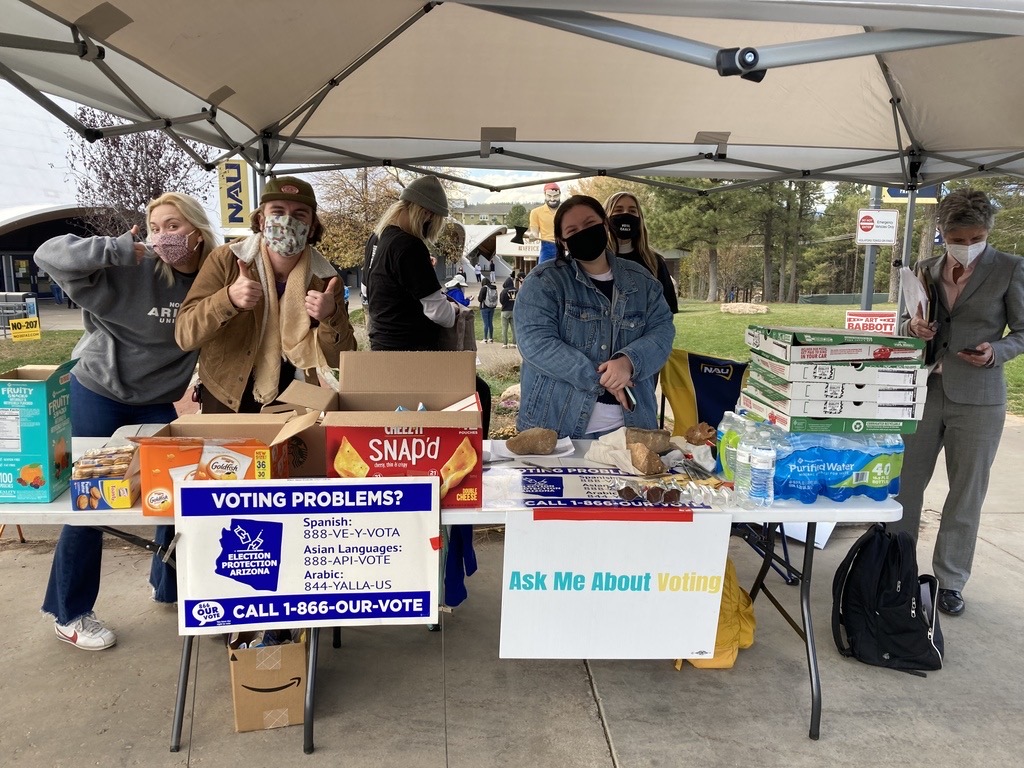 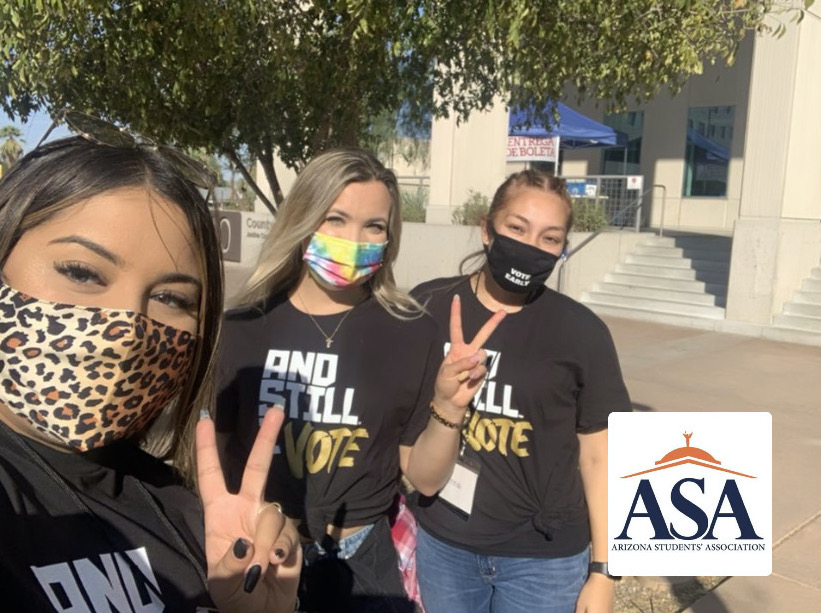 It’s safe to say that this election will definitely be one to remember. Many people worked very hard on election day and this includes students from the three in-state universities and high schools who found a way to get involved in this critical election. For some, it was their first time experiencing election day, while for others it was a learning experience.

While some high school students who weren’t able to vote this year took it as an opportunity to learn a skill and lent a helping hand.

Ezekiel Flores, an ASA member who is a senior at Westview High School said,

“I wanted to do as much as I could to help since I can’t vote this year. Also, because I really appreciate what ASA stands for and how they care about student voices and making sure, most importantly, the youth get the vote out”

Annai Figueroa, a senior at UofA studying Criminal Justice with a minor in Pre-law said,

“The experience I had was like no other that I had ever experienced. Some people were upset, some extremely happy while others were very disappointed. I encountered a young college male who was trying to drop off his ballot at the wrong polling location and so I helped him out with that. Volunteering at a polling location was important to me because I wanted everyone to get the help and information needed to vote. “

“I really enjoyed being helpful and answering any questions that people had. I just wanted to make sure the election was fair and everyone was able to vote.”

“It was definitely a tranquil experience. I actually had a lady who brought a ballot from Yuma County but lived in Maricopa County and she needed help with finding out where to place the ballot and I was able to help with that. Volunteering at the polls is a good learning experience, if you enjoy talking to people and understanding where they are coming from, there’s no better way to do it”

Many students part of ASA came out on Election Day and did the best they could to ensure there was no voter intimidation and voters could get the help they needed. The part they each took in definitely helped increase student turnout and that made a difference in who was selected as the next President of this country.