As Nearly Free As Possible Act 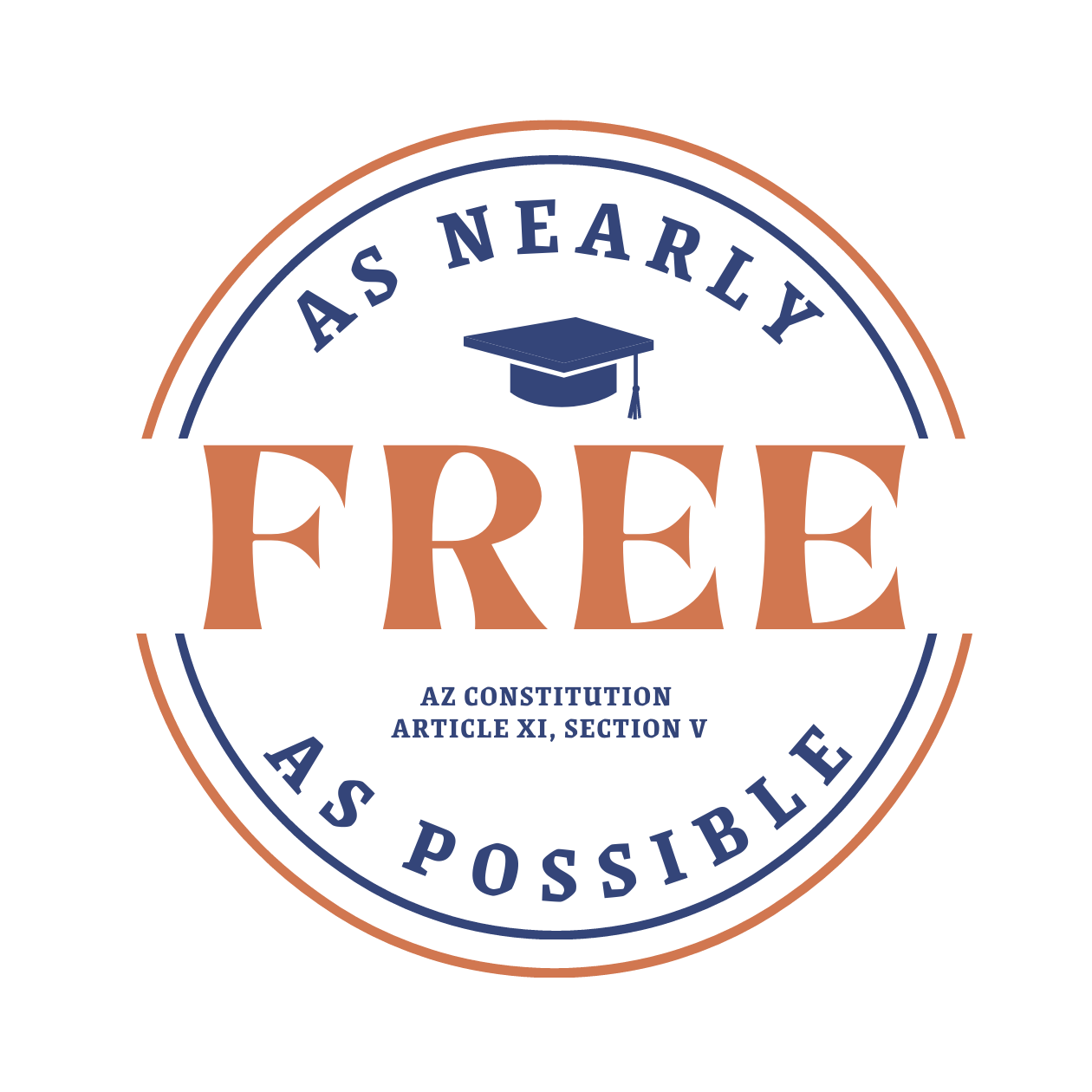 The Arizona Students' Association is running a statewide ballot initiative in order to hold the state government accountable to the Arizona constitution which states that higher education “shall be as nearly free as possible” (Arizona Constitution, Article XI, Section VI). Since 2008, Arizona has seen historic increases in tuition, while funding has failed to keep up with inflation of the total cost of attendance. Now more than ever, Arizona students are being priced out of a higher education. The As Nearly Free As Possible act will cap tuition and fees while investing in higher education; making our public universities more accessible and affordable for all.

"Unless Arizona pays at least fifty percent of the actual cost of tuition for undergraduate, resident students attending public Arizona universities, a two percentage point surcharge is added to Arizona’s corporate income tax. Initiative locks in tuition rates for all undergraduate students at Arizona public universities for four consecutive years following the student’s initial enrollment. Any increase in undergraduate, resident tuition and fees for Arizona public universities is limited to increases in the prior year’s cost of living increase, defined in the Act. Has no impact on tuition for community colleges or private schools; will not impact resident students other than undergraduates."