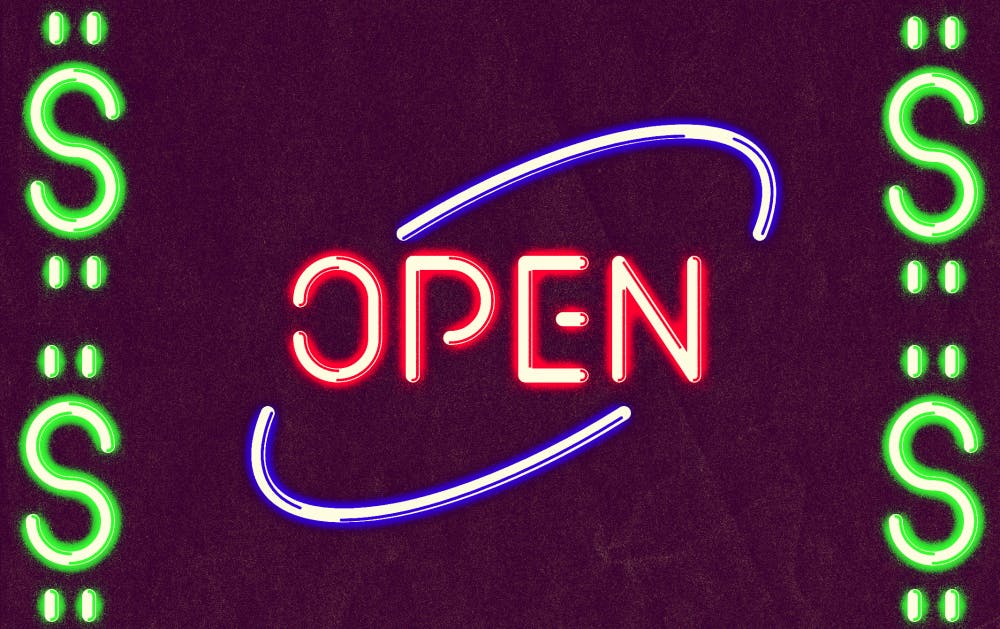 "Arizona legislature bill will cause students to earn four dollars less per hour than the state's minimum wage." Illustration published on Tuesday, Feb. 19, 2019.

Some ASU student organizations are opposing an Arizona House bill that would allow businesses to pay students less than the state's minimum wage, which critics said could prevent college students from making a livable wage.

House Bill 2523 would give employers the option to pay employees the federal minimum wage of $7.25 per hour instead of the state's minimum of $11 per hour. The bill would apply to full-time students under 22 years old who work for less than 20 hours a week.

While supporters of the bill said it would help decrease the unemployment rate among the state's youth population, opponents said it would have adverse effects on students who don't have a financial safety net.

Atahualpa Guevara, a family and human development freshman and a member of the Arizona Students' Association at the ASU chapter, said that the bill doesn't account for the students who pay for college by themselves.

"This proposed bill affects students regardless of immigration status, income and financial standing," he said in an emailed statement. "The tuition rate at the University goes up every year and it’s getting more and more expensive for students to attend."

ASU is already exempt from the state minimum wage, so it is unclear how the bill would affect student workers. The University referred comment on the bill to the Arizona Board of Regents' stance on the issue. The ABOR has not released a statement or responded to comment by the time this article published.

Rep. Travis Grantham (R-Gilbert) introduced the bill, also known as the Youth Employment Act, on Feb. 4, saying at a later hearing that it would help businesses afford to hire and train more students.

"It gives the restaurant, the bar ... a chance to say, 'look, now I can actually afford to have somebody come here. I can train them and I can have them work 10 to 15 hours a week and I can still pay them a minimum wage,'" Grantham told the state House Regulatory Affairs Committee on Feb. 11, which he chairs.

View the entire document with DocumentCloud

Undergraduate Student Government Downtown introduced a resolution in opposition of the bill on Feb. 15, stating that students should be paid the same wage as others in the state.

Dahlia Stott, a senior studying nutrition and a USGD senator for the College of Health Solutions, was among the senators who introduced the resolution.

Stott said that students who pay for their education will be hurt by earning $4 less per hour than the state's minimum wage.

"It's going to decrease the amount of money they make which can really be detrimental in the short term, because students are going to have to take more loans, and more loans means more money to pay in the future when you’re out of school," she said.

Stott said that USGD will be collecting student feedback in the coming weeks through surveys and tabling events before deciding whether to pass the resolution.

The bill was backed by representatives from the conservative Goldwater Institute and the National Federation of Independent Business of Arizona, who claimed that the adjustment would decrease the unemployment rate among youth.

Jon Riches, director of national litigation and general counsel for the Goldwater Institute, said at the Regulatory Affairs Committee meeting on Feb. 11 that the bill would create more opportunities for young people to have first-time jobs.

"I think it's pretty obvious that a person's first job ... can be the most consequential in their life," Riches said at the meeting, adding that these jobs can open up future employment opportunities and build character.

But others said that such jobs are critical for young people to pay for necessary expenses, and reducing wages only makes it harder for them to do so.

David Huff, a political science and biological sciences junior and the president of Young Democrats at ASU, condemned the bill on behalf of the organization and said that it would hurt students' chances to succeed.

“We’re at a time where we’re experiencing in our economy a lot of wealth inequality, especially among young people,” Huff said. “Most students have to find a job to be able to afford a living, with issues such as affordable housing and other wealth disparities, while balancing being a full time student.”

The Arizona Students' Association emailed a statement to The State Press, in which they asked ASU, NAU and UA to condemn the bill.

“ASA is urging the three university presidents ... to take a stance against this bill and to urge the Arizona Chambers to not support this bill," the statement said.

Rep. Raquel Teran (D-Phoenix) said the proposed bill is not representative of Arizona's voters and could even be unconstitutional.

The Youth Employment Act passed the Rules Committee 4-3 on Monday but has not reached a final vote.