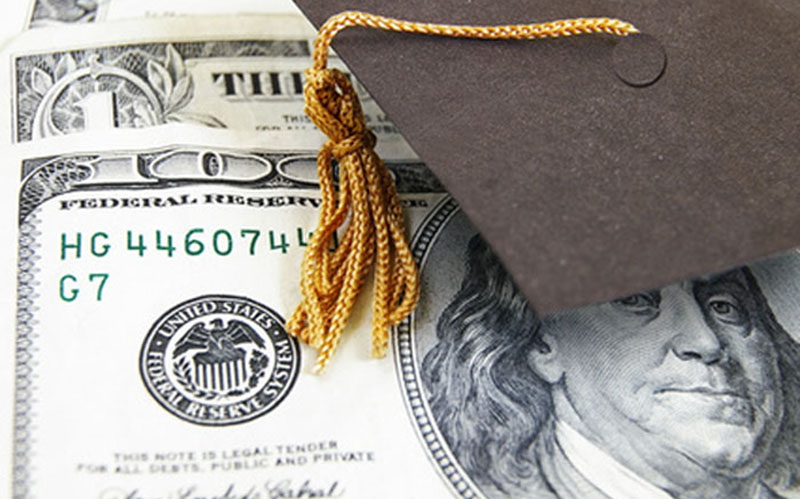 The Education Department reversed an Obama administration rule that kept student loan guarantors from charging collection fees for 60 days after a student default. Industry officials welcomed the move, but said they do not expect to exercise their new right. (Photo by SalFalko/Creative Commons)
By Dustin Quiroz | Cronkite News

WASHINGTON – Loan guaranty companies hailed an Education Department directive that will let them again begin charging collection fees to students who default on a specific category of loan, a practice prohibited under the Obama administration.

But while they called the change a restoration of their rights, they also tried to assure anxious students that they are probably not going to exercise that right.

“This whole thing doesn’t necessarily mean that a group of borrowers are actually going to be hit with collection costs who haven’t been hit with those collections costs the last two years or so,” said Bob Murray, a spokesman for Strada Education, formerly known as the guaranty agency USA Funds.

He pointed to a statement from the National Council of Higher Education Loan Resources that said agencies will continue “not assessing collection costs on borrowers who enter into a rehabilitation agreement within 60 days of default and then honor that agreement.”

That did little to reassure Hamza El Anfassi, the Arizona State University campus director for the Arizona Students’ Association. While the change will affect a relatively small percentage of borrowers, it will still hurt those students, he said.

“We’re going to have a student loan bubble that would generate money for few people but leave a whole generation without proper funds to start their life because they have to pay for loans,” El Anfassi said.

He worries that the new policy could open the door to abuses by lenders and collection agencies. Under the revised rules, loan guarantors could hit students who have defaulted with fees of up to 16 percent of the total loan.

But one policy expert agrees with Murray that that is not likely to happen. Going after students is just not good business for the guarantors, said Mark Kantrowitz, a student loan consultant, because it could remove any incentive for the student to get back on track with payments.

“Even though they (guarantors) lose out on the 16 percent, they now have a good loan where the borrower is paying on it,” Kantrowitz said. “That’s more valuable to a lender.”

The change was announced in a March 16 “dear colleague” letter that the Department of Education uses to issue guidance to state and local school agencies around the country. It reversed a 2015 letter from the Obama administration Education Department that said lenders could not charge the collection fees to students within 60 days of default, so those students would have time to come in and arrange a new payment plan.

The Obama administration directive was based on its interpretation of a section of the Higher Education Act, that guarantor agencies need to provide the borrowers “notice and opportunity to resolve or contract for those services.”

But the Trump administration Education Department said the previous decision was improperly made without input from the public. It reversed that policy and said it would once again let guarantors charge Federal Family Education Loan borrowers at least until there is “an opportunity for public comment” on the issue.

Murray said the department was only giving companies like his the ability to act within their “rights” when handling loan collection. Until the Obama administration change, he said, guarantors had been playing by the rules set by the federal government and will continue to do so.

“The underlying issue was not about trying to soak borrowers who are already struggling with their loan payments,” Murray said. “These collection fees are written into federal law.”

He believes the Obama administration violated federal law when it enacted the policy change in 2015, which he said was done without prior notice to guarantors.

“When you change policy you really should let the people who have to administer those policies know they are changing, and you should might actually solicit their comment,” Murray said. “Because they might have some good suggestions about how you do this before you implement it.”

While Kantrowitz agrees that students are not likely to get a bill as a result of the change, he said he also understood how they might have gotten a shock.

“It’s not really fair that you get notice that your loan’s going into default and you start making the payments again and you’re being charged thousands of dollars extra,” he said.

Original Article can be found HERE.