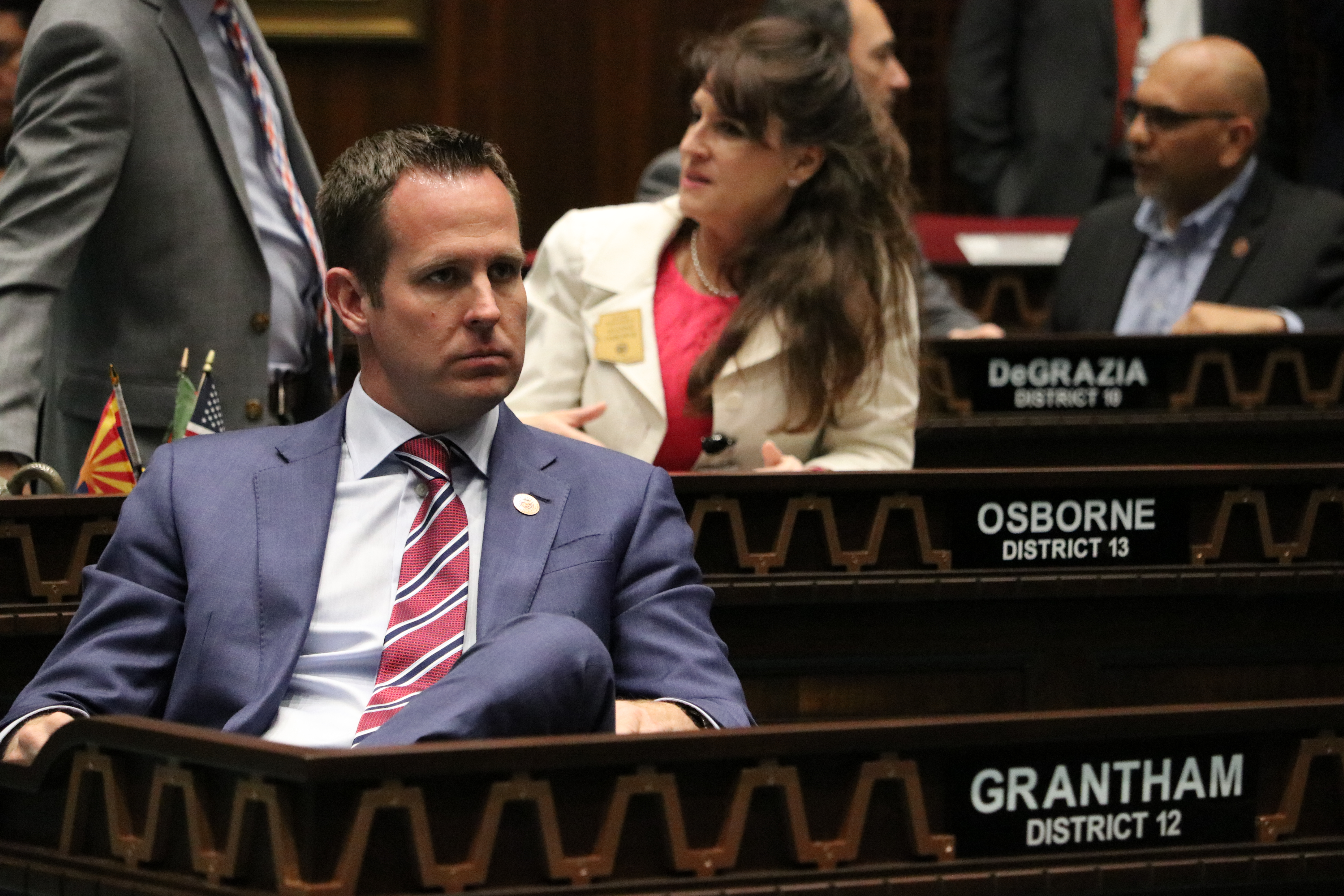 Jaqueline Guerra watched from the third-floor gallery of the House of Representatives as the Republicans and Democrats on the floor below her decided whether her employer will be able to cut her pay.

The 18-year-old student heard Rep. Travis Grantham, R-Gilbert, justify his House Bill 2523, which would allow Arizona businesses to pay some students 34 percent less than the state’s minimum wage. Grantham said it’s a pro-labor initiative aimed at youth, and declared that it would benefit his child.

“Why don’t you want young people to have a job?” Grantham said, in an attempt to appeal to those who oppose his proposal.

Under HB2523, full-time students under age 22 who work part-time or for intermittent periods can be paid the federal minimum wage, which is $7.25 an hour. Arizona’s hourly minimum wage is $11 this year, and will rise to $12 next year.

Guerra is a student at Phoenix College and works part-time with Vania Guevara’s campaign for the Phoenix City Council. Guerra sat and looked down on the House floor as Rep. Walt Blackman, R-Snowflake, said students in his northern Arizona district, which includes Northern Arizona University, told him they support Grantham’s bill. She was there when Rep. Reginald Bolding, D-Laveen, pushed back on Blackman’s point.

“I don’t know one student who would say they want to be paid $4 less,” Bolding said. “The (Arizona) Students Association does not support this bill.”

Guerra saw Rep. Bob Thorpe, R-Flagstaff, stand up and chime in on the idea that paying students less would incentivize employers to hire them.

“The idea behind this bill is, if someone really wants to get a job and they have no skills, this is a way they can get the foot in the door,” Thorpe said.

Guerra, who began working at age 17 in a fast-food pizza chain to “lift some financial weight off” her parent’s shoulders, also watched as Rep. Mitzi Epstein, D-Tempe, called HB2523 a “punch in the face” of working students and as Rep. Richard Andrade, D-Glendale, said the proposal was discriminatory.

Lawmakers passed HB2523 along party-lines in a preliminary vote, with Republicans in support and Democrats opposed. The bill still faces a formal vote in the House before it can advance to the Senate.

“This isn’t what the youth is asking for,” Guerra told Arizona Mirror. “Yeah, we need opportunities, but they are not creating the opportunities we’re looking for. I’m looking for opportunities to be paid equally no matter my age, race or gender, and to grow my skill set.”

Throughout the discussion, Democrats sided with what a House lawyer said last week: Passing the bill without a supermajority vote likely means it’s unconstitutional because it conflicts with the state’s voter-approved minimum wage law.

Rep. Pamela Powers Hannley, D-Tucson, introduced an amendment to require the three-fourths vote, but it was opposed by GOP lawmakers and failed.

During a committee hearing on Feb. 11 and again on the floor Wednesday, Grantham said his bill is not in conflict with the voter-protected minimum wage law because it doesn’t change that section of the law.

House lawyer Tim Fleming rejected this argument when the bill was considered by the Rules Committee on Feb. 18.

“We think that the case law is broader than that in terms of the implications,” he said.

Lawmakers can amend voter-approved laws if their proposals both further the purpose of the initial measure and get a three-fourths vote in the House and Senate. Fleming warned legislators about this last week.

“There are concerns and risks about this measure, but I think that, no matter what happens, I believe that your Rules counsel is on pretty solid ground in recommending that the bill be amended to put a voter-protection supermajority enactment clause on it,” Fleming said.

“In my opinion, it applied to workers regardless of age,” she said.

HB2523 is backed by several business groups that opposed Prop. 206 and later unsuccessfully challenged the law in court.

Guerra, the student, said she hopes Republican lawmakers reconsider their positions in favor of young people and not business owners.

“I hope that the representatives really keep in mind their constituents, and not think how can people profit off this,” she said. “Prop. 206 was enacted for a reason. It’s what the people wanted, and this is not what the people wanted.”https://www.azmirror.com/2019/02/27/measure-to-cut-pay-for-student-workers-advances-with-gop-backing/